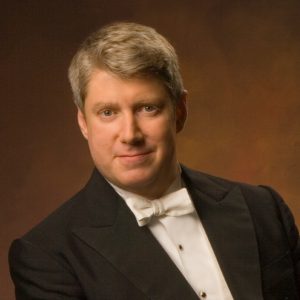 Stern began the 2016/17 season leading the Boston Symphony Orchestra at Tanglewood in a concert with Yo-Yo Ma, and returned to the summer festivals at Crested Butte and the National Repertory Orchestra in Breckenridge. Further guest engagements included weeks with the Atlanta, National (D.C.), and Adelaide Symphonies, and special concerts plus educational residencies in Guangzhou, China, where he is Music Director of Youth Music Culture Guangdong, and with the Chicago Civic Orchestra.  Stern and Kansas City have been hailed for their remarkable artistic ascent, original programming, organizational development and stability, and the extraordinary growth of its varied audiences since his tenure began. Since 2008, Stern and the orchestra have partnered with Grammy Award-winning Reference Recordings for an ongoing series of highly praised CDs.   In addition to the new Schoenberg release, their discography features CD’s of Gustav Holst’s “The Planets,” and albums of Elgar, Sibelius, and Saint-Saens.

Michael Stern has conducted the Atlanta, Baltimore, Chicago, Cincinnati, Houston, Indianapolis, National, Montreal, Pittsburgh, St. Louis, Seattle and Boston symphonies, the Cleveland and Philadelphia orchestras, as well as the New York Philharmonic. He also appears regularly at the Aspen Music Festival and has served on the faculty of the American Academy of Conducting at Aspen. As an international guest conductor he has led the major orchestras in London, Stockholm, Paris, Helsinki, Budapest, Israel, and Moscow; the National Symphony of Taiwan, Tokyo’s NHK Symphony and the Vienna Radio Symphony, amongst others.  Stern has been Chief Conductor of Germany’s Saarbrücken Radio Symphony Orchestra (the first American chief conductor in the orchestra’s history), Permanent Guest Conductor of the Orchestre National de Lyon in France, and Principal Guest Conductor of the Orchestre National de Lille, France.